Why do I think I can win the game of Survivor???  This is the first question casting may ask.  A question friends and family frequently ask.  Most that know me, feel I would be entertaining on the show, but can I win?  Let’s look at the attributes of a good salesman.  The following list contains descriptions of an outstanding salesperson (like myself):

Confident (with a touch of arrogance)

I see a tremendous overlap between a successful salesperson with these traits, and someone that could have sustained success on Survivor.  With that said, some of these could also be my downfall.  One that is highly motivated, often struggles relating to those that are lazy.  Assertive people have a tendency of getting a bit bossy and voted out early.  When is a mature gentleman empathetic with females? And when is he creepy? (Vytas!)  As Christy would say…”he’s creepy…creepy” 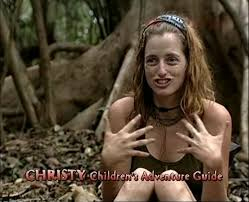 With that said, there is only one Vytas (I hope). So, how does a salesperson play the game?  The same way they do their job.  We relish and embrace contact, and communication (get to know everyone on the island whether they are in your immediate alliance or not).  We keep our mouths shut and our ears open (listening skills lead to opportunities and information).  We know that hurdles are meant to be overcome. To quote Mike Tyson, “Everyone has a plan until they get hit.” Much of my game plan will develop when the game starts and not before.  We sell by asking questions, not dictating answers (Questions uncover details you did not know).  It is much better for solutions to be their idea, and not try to dictate what they do.  When needed, maybe an elevator pitch.  5 or 6 questions, each intended to solicit a “yes”.  Start simple….and try for 6 successive “yes” answers as you build to the goal.  We set and hit our short term (day one and pre-merge)  and long term (post-merge and end game) goals.   If I can control my paranoia, and recognize who is a bit sensitive (so as to not let my sarcastic humor bite me in the ass), I am the winner.  End of story.  To quote Jonathan Penner, “This is Survivor.  Somebody is gonna win a million dollars and they are gonna have to cut the throat of the guy next to them at some point”